Scholarships are available at Art Lab for those who are unable to attend our reasonably priced classes due to financial constraints or unforeseen hardships.  Scholarships have been established in the past in honor of those associated with Art Lab.  Scholarship funds have also been granted to the Art Lab by foundations including Con Edison, Northfield Savings Foundation, and Richmond County Savings Foundation. The availability of scholarships are dependent on funding resources. Those interested in a scholarship opportunity should verify with the office if Art Lab is awarding scholarships for a particular semester before sending in the application.  When applications are being accepted; the due date is typically two weeks before the upcoming semester start date.

Herman Zaage was born in Jersey City, New York in 1927. During the 1940s, he attended Works Progress Administration Art Workshops and in the early 1960s, he studied printmaking with John Ross at the New School. From 1947 to 1982 he worked in the commercial printing trade as a Photoengraver and Offset Color Dot Etcher.

In 1975, Herman, with other local artists, founded The Norwood Art Lab, so named as it was located on Norwood Avenue in the Stapleton section of Staten Island. About two years after Herman and many others had renovated the Norwood space, they did so again when the Art Lab moved to Snug Harbor Cultural Center, where it has been located ever since.

As well as being a founding member, Herman was a teaching artist at the school since it’s beginning. He taught printmaking in two regular sessions year round and he also taught monotype workshops and taught groups of schoolchildren how to employ this technique.

The Staten Island Institute of Arts and Sciences mounted a Mini-Retrospective of Zaage’s prints in 1999 and a reproduction of his mezzotint, “Mangrove”, is included in Carol Wax’s book “The History and Technique of Mezzotint”.

Herman was a very accomplished artist, an environmentalist and a wonderful human being and lifetime student of his art. Herman’s family established this scholarship for talented students who find it hard to pay for art classes.

This scholarship is open to any age student who is interested in attending art classes at the Art Lab. The award will be based on financial need as well as the applicant’s interest and abilities in the arts. The amount of the award will cover the cost of tuition and registration fee for one class at Art Lab, and must be used within one year of the date received.

The Norman Pate Scholarship for Children

Norman Pate was a consummate draughtsman and prolific artist who maintained a studio on the grounds of the Snug Harbor Cultural Center for thirty years. He worked tirelessly on whatever artistic problem piqued his interest and curiosity. He collected scraps of every imaginable kind, from lumber to broken furniture to theater tickets, leaves, plastic lids and discarded banking records. He loved the process of creating art, and found immense, personal satisfaction along the way.

When Norman passed away in March at the age of 82, he left behind a studio filled to the rafters with his life’s work. His sister, Agnes Hoffman and her family suggested that the proceeds from the sale of his work be used to establish the Norman Pate Scholarship Fund for children interested in attending classes at the Art Lab. We gratefully agreed that this was a wonderful idea, and noted that Norman would have loved it, too.

This scholarship is open to children from age 5 through 16 who are interested in attending art classes at the Art Lab. The award will be based on financial need as well as the applicant’s interest and abilities in the arts. The amount of the award will cover the cost of tuition and registration fee for one class at Art Lab, and must be used within one year of the date received. 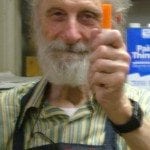 Herman Zaage – one of Art Lab’s founding members and namesake of a scholarship fund Art Lab is proud to offer. 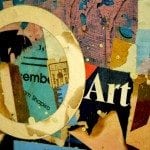 Artwork by Norman Pate – a prolific artist who was a neighbor to Art Lab for many years and continues to benefit the school years after his passing. 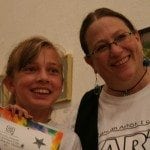 We also offer scholarships to our Summer Studio Scholarship Program.

Art Lab has created a very special art class. The environment is stimulating, but very relaxed, and ensures that children of all ages and abilities are totally free to express themselves in a wide variety of mediums. My daughter Kayla has been going for 3 semesters and loves the creative freedom it allows her, encouraging creative thinking, inspiring confidence.
Pauline Velez-Romano is just lovely: kind, gentle, friendly, patient, and seems to genuinely enjoy teaching the kids. Soon Kayla will be ending her third semester of class and looking forward to many more.
Kayla loves going to Art Lab!
Read More Testimonials

“Nothing else compares to the art courses and quality of teachers for the price paid.” -Anthony Butera, Staten Island artist & Art Lab exhibiting artist

“Thanks to the Art Lab, my son’s talents are being sought out, explored, and developed including self-confidence and social skills.” -Ana Cortez, mother of Alex Cortez (age 12), Art Lab scholarship recipient & student